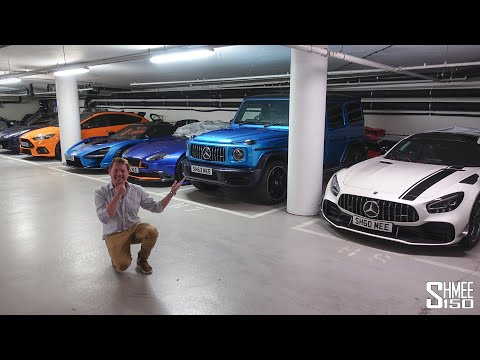 I'm back in London with a garage update! There are some new Shmeemobiles on the horizon as well as the return of my McLaren 675LT Spider very soon. With a trip in the Heritage RS to sign-off the work to the LT, let's head to the car storage and run over what's coming and when.

Having been away for a few months, there are plenty of updates due about the comings and goings in the garage. First up is an outing in my Ford Focus RS Heritage Edition which will continue to be the 'go to daily', to McLaren Manchester to officially sign-off the work that has been done to rectify the problems with my 675LT Spider that had suffered from oxidation to a number of panels. It also now has the added bonus of a carbon fibre bonnet, as well as a tidy-up to the wheels that being very bright silver had accumulated plenty of scratches and didn't look tidy any more.

However, despite the departure now of my Toyota GR Supra, no doubt you'd like to know as well about the new arrivals and cars that have been mentioned to date including the AMG GT R Roadster, Shelby GT500 and TVR Griffith, plus the small matter of will an AMG GT Black Series arrive in the collection in due course.

Again it's a quick stop as the next trip is right on the horizon, taking the G63 with a trailer transporting the Senna back to Germany, to the Nurburgring and beyond for some fun!