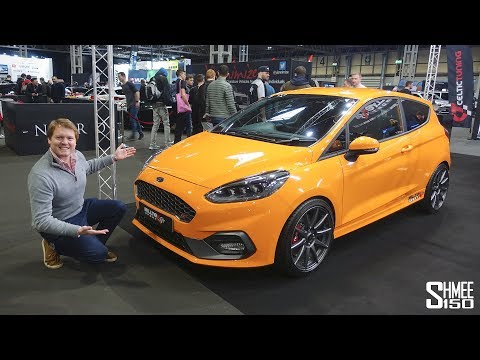 In an unusual turn of events, there's a car that I actually bought but never collected and that's the Ford Fiesta ST Performance. During the 2020 Autosport show, let's check out the craziest cars including a Bugatti Veyron and matching AMG G63 6x6, many Lamborghinis, a car I would rather like, and of course explain what happened to the Fiesta ST.

As a Ford addict, as soon as the ST Performance was launched I placed an order with the idea that it would join my garage with the Ford GT and Focus RS Heritage Edition. However, with the RS Red Edition as well still going strong in the garage when the ST Performance arrived I didn't really want to make the trade. Nor did I really have the storage to park yet another similar car, or the time to drive it as it deserves being a limited edition model. Alas that meant it wasn't to be this time around but now you know! Let's not allow that to stop us taking a look though at the car in Tief Orange, one of 600 models that have the flow formed 18" wheels, adjustable dampers and orange paintwork.

With the show in full force, there are a lot of other cars to see. We have the likes of the Urban stand with their Nero Urus, G63 and SVR; Liberty Walk with the i8, Aventador and C63, and a huge stand from Kream Developments. There's one other new car really taking my fancy right now too though... the Porsche Cayman GT4.